Here are our best rated products in 2022. 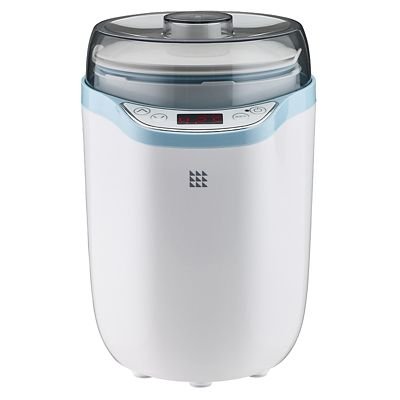 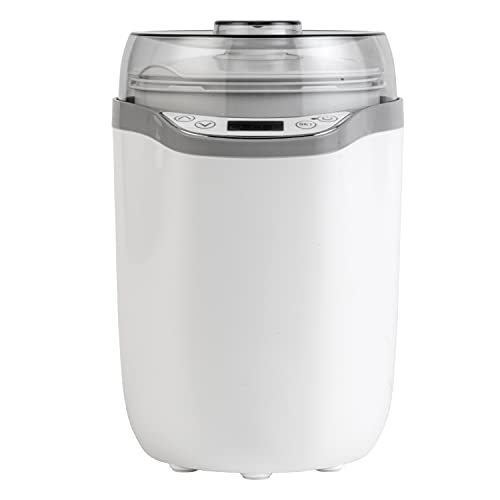 While a yoghurt maker may not be the first appliance we think of when equipping a kitchen, these handy devices can cut your grocery bill and help you avoid added sugars, artificial flavourings, and wasteful packaging. You’ll have a steady supply of plain or flavoured yoghurts for breakfasts, snacks, and desserts, and some machines will even let you make frozen versions for a healthy treat.

So what considerations do you need to take into account when choosing a home yoghurt maker?

Yoghurt makers don’t have to be an expensive purchase, with a basic model coming in at under £15 online, but a fully automated device such as the Springlane Kitchen Elisa, which can make both yoghurt and frozen yoghurt as well as ice cream, will be closer to £200. Before starting your search, consider how much you’ll use the machine, and therefore how much you’d like to spend on it. It may be worth starting small, then upgrading later when you decide if you’ll be using it regularly.

Homemade yoghurt doesn’t have the long shelf life of store-bought, so it’s worth considering how much you’ll consume. One litre is a common size for most devices, although there are larger and smaller capacities available. It’s also worth considering if you’d prefer a single-jug yoghurt maker, or one such as the Lakeland machine, which instead uses 7 small cups. This means no decanting if your yoghurt is destined for lunchboxes, and also allows different flavours to be introduced to each pot.

A manual yoghurt maker, such at the EasiYo, relies on an insulated pot to provide the heat that activates the yoghurt culture. This is a simple and energy-efficient solution, but is the most prone to user error, as depending on air temperature the pot can cool too quickly, stopping the fermentation process before the yoghurt has thickened enough. On the other end of the scale, if the water is too hot when it’s introduced to the pot, the yoghurt bacteria can be killed off. Electric yoghurt makers such as the Lakeland model, on the other hand, maintain the ideal temperature for the culture to do its work.

Most will have an automatic cut-out (and preferably an alarm to alert you) once the yoghurt has been in long enough, to stop it over-fermenting and becoming tart, and some will also have a cooling feature that kicks in at the end of the cycle. This is worth considering, as without the ability to cool the yoghurt you will need to be present to refrigerate it. Fermentation can take over 10 hours, so factor in when you’re most likely to be using the device to decide if this is important for you.

As with anything, balance your budget with the quality of what you’re investing in. While a cheap machine with a big display and loads of features that looks great on the box may seem like an absolute steal, consider user reviews carefully. Sometimes it may be better to spend the same money on a simpler model that provides you with glass jars, sturdier construction, and better results.